The interesting part to dating is that I do get to meet a variety of men. Although it is not always a positive experience, and there are some men that I want to forget, I like to think of each of them as a possible extension of my social network. If we can’t date, maybe we can be friends.  Some of these men I do like as people however, they are not boyfriend material. Others I find that I like, are absolutely boyfriend material, but they come with baggage.  And when I say baggage, I don’t mean emotional (although that may be trouble),  I mean physical, like kids, an ex-wife, or multiple baby mammas. Now that is the baggage I try to stay away from. 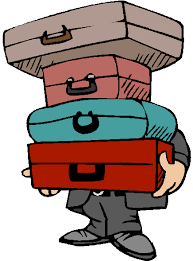 Before I actually realized that I was in my late twenties, I would never ever date a man who already had kids from another relationship. No matter how nice, cute, and smart he was,  It was just an absolute NO!  I am not a person for drama, and for some reason baby mama equates to drama. Although the two people can have a very cordial relationship, there are always kinks that need to be worked out. And I believe if you want the man then you have to take everything that comes with him, including kids. So if a man had kids, I was not interested.

However, since my move to Hawaii I have met a plethora of men who either have kids, ex wives, or both. And although they may live in a far away place such as the mainland, they still exist. It is easy to find a man on this island who has probably been married and divorced by the time he is 25, and of course has one, two, or three kids. Or he just may have one, two, or three kids without ever being married. Should I fault him for having a past life? No I can’t do that. But it really makes a relationship difficult when I come with just me, and he comes with a prior family.

A few months ago I met a really great guy who has baggage. A whole lot of baggage. And because of that I fail to allow myself to move forward and like him. If we had met 10 years ago, I would have instantly fell in love and would have began to plan our wedding in my head. In my world he would be the man who compliments my style, the one who inspires me to do better, the perfect addition to my life, and I to his. He is attentive, he has the most amazing charm that comes with a caring attitude. He cooks, he is smart, and he communicates like no other man I have met.  Unfortunately for me it is too late. He has BAGGAGE.  He is 30, but he also comes with three kids, one ex-wife, and one other baby mama. To me that’s a lot of baggage. Baggage that I just don’t think I am ready to deal with. To be with him, means that I must take on a ready made family. Am I ready for that? I don’t think so. I just recently learned how to not be selfish and self-centered. I will say that I am still learning how to care for a man, but now to care for a man and his kids? Wow, that is just too much too soon.

So, how much baggage is too much? Am I missing out on a good man because I choose to stop myself from extending love to his prior family? Or, am I correct in admitting that kids are not something I want to deal with right now and move on. I want my own family, with my own kids. It is not the same if the kids belong to another woman. But, if I believe that I can truly love someone, maybe I should be willing to accept everything and everyone who comes along with him.

Maybe I can start with accepting a man with one child, but a man with multiple children…ummm that may be a little bit too much for me. 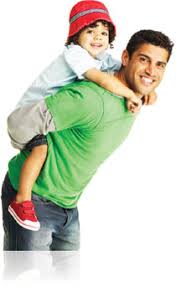 One thought on “How much baggage is too much?”