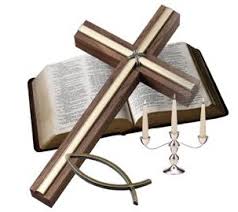 You ever wonder what would happen if the elected President of the United States was an Atheist. Would this ever be possible? Probably not. The power of the church is impeccable and no candidate would probably have a chance in an election if they openly denied religion or the power of God. The church would not allow them to take over the Oval Office. But considering the world that we live in, a world filled with hypocrisy, hate, war, and greed, would it really make a difference if we had an elected official who openly denied a connection to any religious practice.

I have heard Obama called everything from Christian, to Muslim, to Atheist. Obama is an outright Christian, but when his opinions differ from others, he will be called whatever name works best for them. But what if Obama really was an Atheist, how would that change the way we view him as a President, or the way he leads the country? Whatever happened to the separation of Church and State in government? Did that die with the founding fathers?

Would Darwin have made a horrible President? Some would say yes. In our country there are very smart and rational individuals who do not believe in a higher power who would make a really good President if we give them a chance. The evolutionist may actually make good leaders because they make decisions based on pure factual knowledge. No hunches, or intangible ideas. Pure facts. That would have been useful when we were looking for those non-existent weapons of mass destruction. Maybe an entire war could have been prevented, lives could have been spared, and money could have been saved. If only we had a leader that made moves off factual knowledge and not theory that just sounds good at the time.

I once read a survey that stated that Atheist knew more about religion than people who actually claim to belong to a religious group. Does anyone else see something wrong with that? Well it may seem that Atheist know why they do not follow a religion, instead of just following a religion because someone told them to. Hey that seems like a smart move to me. Research then choose, don’t just choose because we are told to. The mind runs deeper than that.

I say this because it appears that religion has become a point of use, only when needed. Only to make a point. Somewhere along the centuries, the force of religion has been watered down to our own personal use. To when it suites me best, I will find a quote from the bible to make my point. People who are against abortion, gay marriage, and giving women equality frequently quote the bible. But are they quoting the bible in other aspects of life, or only to prove their personal viewpoints. I have always thought that God has all the power to judge, and HE is the only judge. So who are we as humans to judge others for their life choices when we are all sinners and can be judged in one way or another?

Members of congress quote the bible when they want to vote against something that they choose to say as morally wrong. But then we may also see them cheating on their wives, paying for sex with women, stealing from the people, filled in a scandal of corruption, or even having sex with a male prostitute in a bathroom.  Whatever happened to those verses they were quoting when they were doing their own form of sin? But it is Ok, because they believe in God, they can repent, and then move on to do it again.

So what if we had a President, who did have morals and values, and just stuck to them! They may not be religious morals, but they have a personal moral code. What if we had a President who was honest, lived with integrity, and did not judge others but allowed equal rights for all human beings. A president who makes decisions based on facts, and upholds the separation between church and state. This President does not believe in a God, but has no problems allowing others to believe in God. This President will have the qualities of a true Christian, however, does not define their individual sense of self by a religious group.

This may never happen, or at least not for a long time. Our money states “In God we Trust”, so whoever is sitting in that Oval Office, and making the decisions for the people of our country better believe that there is a God to trust and have faith in.