This is a topic that is commonly addressed in public forums, on TV shows, posted on blogs, and random chit chat at the local coffee shop. Recently due to  life and a request I will also touch on this topic. Trust me it is a topic that will never have enough to be said about it.

Are some men intimidated by successful women? Does it make certain men feel inferior if a woman he is attracted to  matches his level of success, or has surpassed his current professional level of success? 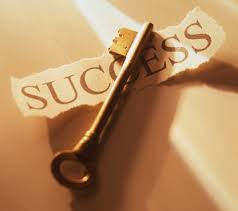 Ne-Yo sang about “Miss Independent”, men appeared to be happy and overly delighted that they would be able to find a woman who does not need him in her life, but actually wants him in her life.  With an independent woman these men would no longer have to play the role of  “Captain Save Them”, she would be his counterpart and the perfect compliment to his life, as he would be to hers. However, this appears not to be the case. From what I personally see and hear about,  it seems that some men are more comfortable with a woman who they can save, and the woman who needs him in her life to take care of her. Thus,  leaving the successful, independent woman to continue to look for that man who not only comfortable with her intellect, but also confident enough not to feel like his manhood has been downsized because of her success. 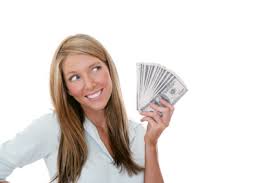 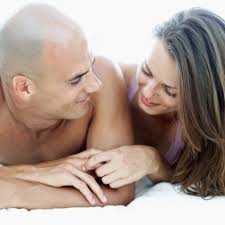 I would like to think of myself as a successful woman, and very independent to say the least (just because I was raised that way).  I also know many other successful, independent women of all races, with amazing personality traits. Many of whom are single, yet they are great women to be around, and yes they are attractive. Recently I have noticed a trend in Hawaii (as well as other parts of the country), women who are educated, have an actual career, and can do for themselves, seem not to have a male counterpart to share their lives with. Yet, the women who appear as “needy” have a man who is willing to give them everything that they cannot achieve on their own.  So I began to wonder is success an unattractive quality?

Hawaii can be complicated to use as an example because it is a world of its own. It is a state that is overrun with military men. Many of the single military men often meet a woman of much lower stature, marry her, and take her away to a new life on the mainland. Many of these girls are looking for a man to save them from the “rock”. I don’t blame them. A military man comes with a stable income, great benefits, and an opportunity to live all over the world.  For the men, well they appear to  like that these women are willing to do any and everything for them, as long as they provide financial support. It appears to be more about an issue of control, and the notion that a man’s ego will never be compromised as long as he knows that his woman will always need him. He will always have  power over her, as long as she allows him to. And if she tries to gain power, or take care of herself, well then the benefits and stability will be cut off.

On the mainland the picture may be different, but the ultimate story remains the same. Studies show that women tend to date up, and men tend to date down.  Men have admitted to feeling inferior to a woman who makes more money. Let me play that to my own life. I have a master’s degree (apparently I am already overly educated), I hope to one day have a Ph.D.  So does that mean the only men who would be confident, and secure enough to have me as a companion would have to be on Obama status? 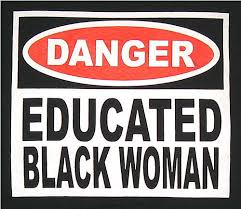 As a black woman, the task of finding a mate who is not intimidated by success is even more difficult. Michael Eric Dyson candidly points out this fact in the chapter Another Saturday Night, Or Have All The Brother’s Gone to White Women, which can be found in his book , Why I Love Black Women, or in chapter 13 of, The Michael Eric Dyson Reader.  With the statics showing that more black men are involved in the prison system than  graduating from college,  Dyson states, “Black women with higher levels of education, are disproportionately affected by the shortage of black men with similar levels of education”  and, ” Black male resentment of black female achievement, especially among black men who have not enjoyed the opportunity to succeed, may translate to unwarranted hostility toward black women…Further, for a black man to reach beneath his class station to embrace a black woman reinforces the status quo: as breadwinner, he can provide for his family, and thus remain head of house”. Thus, stating that a black male would not readily go for a black woman who has excelled in her education and professional development more than himself,  because it goes against the societal norms leaving him to feel as if he is the inferior half of the relationship. Again going back to the male ego, the force that can make or destroy a relationship. 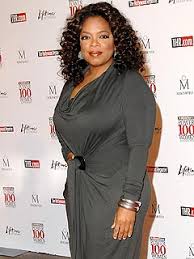 Some days, I wonder what would happen if I left out the information of my professional life when meeting a new man. I wonder if it would make a difference in the way he views or treats me. When I do tell men about my own success, many respond with an impressive stance, yet, at times I feel that it may make some slightly uncomfortable. Some even change their whole way of speech, and start to overly verbalize about their own personal accomplishments.  This is especially true if the man has not attended college or is still working on his first college degree.

I once had a conversation with a male friend surrounding this topic. I explained to him that no man has ever paid to get my nails done, my hair done, or take me on a shopping spree (I can afford to do all that myself). His response was maybe I needed to be a little bit more submissive.  My response with calmness and a hint of confusion was:  “what in the world are you talking about”.  The word “submissive” made me feel as if I had to give up a part of myself just to have a man do for me what I can do for myself. If I have to “submit” for anything, then no I don’t want it.  I am all for a man being a man, and a woman acting like a woman, but to pretend to be something I am not will not work in my relationship. I am proud of my success.  I love my sense of ambition, and drive to do better. That makes me who I am. I have determination to continue to grow in my personal and professional life. Ultimately, I enjoy being a successful, independent woman. Eventually only time will tell if that trait is actually a gift or a curse.