I am taking a step away from talking about myself. Lets focus on a more serious issue. 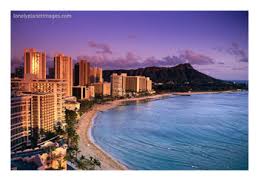 To the outside world  Hawaii is  a tropical paradise. From the beaches, to the pineapples, to the amazing ocean waves it is the land of beauty, warmth, ,life, and peace. Some consider it a promise land where they come to relax, escape the troubles of reality, get married, or have a once in a lifetime vacation.

However, to those who live here there is a harsh reality of truth, one that may go unnoticed by tourist at times, but is still deeply a very disturbing a sad fact. A reality that puts a dark cloud over the tropical promise land.  The reality of homelessness and poverty in Hawaii.

To those who have seen the entire island of Oahu (the island with the largest population), understand that it is not all clean, serene beaches and sunshine. Travel outside of Waikiki to certain areas of  Waipahu or Wainaine, and you may forget where you actually are. You may even forget that you are still in the U. S. To those who truly know the island, know the truth about the growing population of homeless individuals and families that encompass the island. As a friend described it once “Hawaii is like a third world country”. Sadly, some areas are so improvised that it can remind one of being in a country that is struggling for resources.

The growing homeless population is the untold detriment of the island. To see a state where “tent communities” are a form of suitable housing is not exactly the idealistic notion of the American Dream. However, it a normal way of living on the island. Hey I even had a quick second thought of living in a tent so I can save money on rent. Though it is possible due to the year long warm weather,  it truly is not an ideal lifestyle.  For families to live in tents on a beach,  sadly it is not a public issue. It can be common. Children grow up together in tent communities. The beaches are used to shower, and public bathrooms can be treated like their very own. Would this require CPS action in New York, of course! However in Hawaii, as long as the children are being taken care of sufficiently CPS involvement is not necessary. The positive side: families are able to stay together, and the family unit is not disrupted. 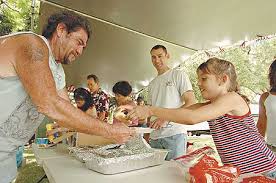 In the recent Governor elections the issue of what to do about the homeless population came up as a topic of debate. It amazed me that the responses were to turn on the sprinklers at the park, and make it uncomfortable for them as much as possible.  That does not offer a solution, just moves people to a new location. Perhaps further away from the tourist? Hide the problem not fix has become the unsaid motto of what to do about homelessness.

The truth is that it just boils down to money.  The state of Hawaii is already in a deficit, considering that they actually furloughed school days last year, I know money is a serious state problem. To build more affordable housing, shelters, or to create more jobs may be out of the question at the immediate time. But, to have such a beautiful island, a paradise, that caters more to the tourist than the actual people who have grew up on the land, and call it home makes paradise a true disappointment. A former homeless man described his experience as this: ” I was waking up each day in paradise, but I felt like I was living each day in hell”.