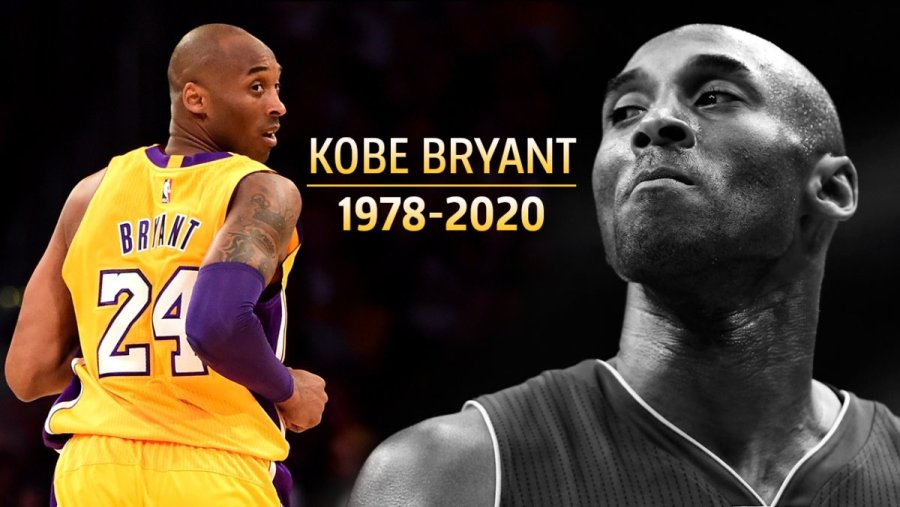 I never personally knew Kobe Bryant and I probably never would have actually known him, but my heart remains heavy over his death. When I heard the news last Sunday that Kobe, his daughter Gianna, and seven other lives had perished in a helicopter crash I was in absolute disbelief and shock. My heart sank. I felt like a friend died. It is strange how we experience feelings of grief over celebrities that we have never met, yet we feel like they are a big part of our lives. Kobe Bryant touched the lives of many, and people all over the world, many who have never met him, are heart broken over his death. As I watched the Lakers tribute to Kobe, Gianna, and the seven others who lost their lives on Friday night, my heart heart all over again. The overwhelming sadness of death brought NBA teams and players together as they held each other up. A moment in time that was needed and will always be remembered.

I probably feel so shaken by his death because I have memories of Kobe going all the way back to when I was in high school. From having a teenage crush, he was my boyfriend in my head, to being angry that he married a woman who wasn’t me, to being happy to see the amount of love that he gave to his wife and daughters. Kobe was a man who was imperfect yes, he was human, but the way he worked on his imperfections in an attempt to be a better man, made him the man who was loved by millions of people, and the reason why millions of people are mourning over his sudden loss of life.

Feelings of grief can be difficult to comprehend, especially when we are not sure how to fully process feelings. Each stage of grief can feel like you are starting the grieving process all over again. I feel like I grew up with Kobe, over the past 20 years I watched him become one of the greatest basketball players of all time, and grow into being a husband and father. I remember the night he was drafted to the NBA, I remember when he went to the prom with Brandy, I remember him winning the NBA all star slam dunk contest, and I remember watching his first and last games in the NBA. Maybe Kobe was really a friend in my head, and when you have any friend that you grow up with over the past 20 years, for that friend to suddenly leave this earth feels all too real. It hurts. It’s a feeling that life is never promised, and life is short. It’s a feeling that makes me want to hug my family even tighter and cherish every moment with them because you never know when it will be the last. Life is a blessing, live everyday knowing that you are blessed.

My heart hurts for Vanessa, Natalia, Bianka, and Capri. To lose a husband, father, daughter, sister, is an unimaginable pain that no human should have to feel. Life is never promised, show love always, cherish each moment.

Kobe was a man who had a strong work ethic, he never settled for just good, he was determined to be great. He practiced, had confidence, and when life kicked him down, he got up and just kept going. He never gave up on him. Determination, motivation, and the will to win made him successful, it also made him hated by some. But he didn’t care. He had a goal, kept his eye on it and stayed relentless. Focus on what matters, the rest of it is just noise. He had a passion for the game, and love for his family. That is what mattered. That is why we mourn. He was an icon, of the few, and one that will never be replaced.

It’s the one thing you can control. You are responsible for how people remember you—or don’t. So don’t take it lightly.– Kobe Bryant